I’ve tried my best to accurately transcribe the following quote from an episode of the new For The Church podcast. There’s some really good inspiration here for church songwriters. You should definitely go and listen to the whole episode and others here.

In this episode, Jared Wilson asks Matt Boswell, “What is your personal songwriting process like, whether with a collaborator or by yourself?” Here’s a chunk of Matt’s answer:

“My process of writing songs is, I’m a curator and a collector first. So in every theological book that I’m reading, I’m collecting words…just specific words. I remember reading Jim Hamilton’s biblical theology, God’s Glory in Salvation Through Judgement, and in it he just uses the word “unassailable” six, seven times; and so I just thought that was a beautiful word to write in a hymn. So I just kind of put it in my back pocket, and then when it seems appropriate, throw it in a hymn. And so in all reading I’m collecting words.

“And then, even through sermon outlines, seeing how a preacher is moving systematically through a text or through a subject, and allowing some of those things to help shape how I would write a hymn in response to that.

“And so I’m always on the lookout for what would be good kindling for a hymn to be written.”

Again, the above quote is from Matt Boswell, in an interview on the For The Church podcast. Subscribe to this one for sure. It’s new, and already super helpful. You can also check out more resources from Matt Boswell and pick up books he has contributed to, at his website Doxology and Theology. If you’re a worship leader or worship musician, you should check there often.

Please forgive the long review, but I’d been looking forward to getting ahold of a copy The Poetic Wonder of Isaac Watts since I heard about the book about a month ago; I jumped in right away, and devoured it pretty quickly. It turned out to really be a 50/50 mix between a book that’s very necessary for our times, and a book that could’ve been, and (maybe) should’ve been more. But what I kept coming back to was this: Bond sets out to do something very specific with this volume, which is part of the larger “Long Line of Godly Men Profiles” (Steve Lawson, editor). It’s a book that has to be appreciated on its own terms, and for the purposes for which it was written. Ultimately, it’s a very good introduction to Isaac Watts’s life and work, and even more significantly, has much to say to both worshipers and worship leaders in the Western church.

The Drawbacks and Blessings of Brevity

Bond’s volume on Watts serves up equal parts biography, theological analysis, and overview of Watts’s major works and their significance. Bond does a decent job combining these three elements, which is no easy task in a fairly short, 163 page book (about the usual length of books in the “Long Line of Godly Men” series). But in spite of being brief, this book does a good job of giving us a good bit of everything. We learn the story of Watts’ early life and spiritual formation, how he came to develop his poetic gifts, and how God grew Watts’ convictions for church music and congregational song. I would’ve loved for the book to dive even more into Watts’ pastoral care of his congregation, and more of how we see that care employed in his songwriting. But again, that kind of detail might fit better in a longer book.

So, Why Isaac Watts?

In spite of the brevity, here’s why this book is important. In a culture where entertainment and the tyranny of the newest fad really fight to drive our preferences, Bond calls us to reexamine the influence Watts’ influence on congregational church music. Because our entertainment culture has affected the music churches choose to sing, and often not for the better, remembering a hymn writer like Watts and the good he has done for the English-speaking church is very valuable. Bond says,

“Our world clambers for the latest thing ,and as we wear ourselves out in the process, great poets such as Watts often get put in a box on the curb for the thrift store pickup. How could a gawky, male poet, living and writing three hundred years ago, be relevant today? Our postmodern, post-Christian, post-biblical culture has almost totally dismissed what was called poetry in Watts’ day. Few deny it: ours is a post-poetry culture” (xix).

In one of the most rich and valuable parts of the book, Bond goes on in the preface to compare Watts, who held to poetic form and structure, to Walt Whitman, the father of “vers libre” or free-verse poetry. The contrast is compelling because Bond points out that Whitman abandoned form, which was part and parcel of making himself his life’s object of worship; whereas Watts, writing poetry and hymns in rhythm and meter, sought to exalt Jesus Christ and make him look glorious. Underlying either the use of form, or the abandonment of it, is often a question of worship.

And yet, Watts avoided “‘excess baggage of intricate form as well as of poetic adornment.’ His was a gospel objective first and last” (xxiii). The pastoral purpose that often constrained Watts’ overuse of “poetic adornment” is what makes his hymns so good for church song leaders and song writers to learn from today. He faithfully employed his creative gifting and skill for his people, taking Scripture and a robust biblical theology and writing a hymn a week for his church, as a vehicle for them to connect heart and imagination to their theology.

Contemporary church culture has often valued hit records and radio play as the marks of worship music success, and we should remember men like Watts who wrote his hymns week-in and week-out with a pastoral purpose. He did this faithfully, without hope of reaching beyond the congregation he pastored. But his hymns did reach beyond that context, and we bless God for it.

One more benefit of the book for a worship leader in particular, is for the exposure to Watts’ poetry. Bond spends the last chapter giving an overview and explication of several of Watts’ best hymns, including a mix of both popular, and seldom sung choices. For instance, Bond takes us stanza-by-stanza through both “Joy to the World” which most readers know already, and “Jesus Shall Reign” which might be a little more obscure to many, depending. The poetry analysis is very helpful, but it does fall a little short in places. It errs on the side of very light analysis at times, risking summary of the poem rather than analysis of what makes it so great, which is more what I think Bond is going for in this section. But, in the best sections, the analysis is good and detailed, and does effectively present the quality of Watts’ imaginative expression, precision of structure, and richness of biblical content.

Douglas Bond has clearly done his research to get to know Watts’ life and work. He loves the poetry of this great hymn writer, and draws us into his own enjoyment of it. The book is a very good smaller biography and a hub of resources on Watts, especially good to put in the hands of church musicians, music leaders, and songwriters. I hope church music and worship folk do get their hands on it and that it edifies and inspires.

To close, here’s one more quote from Bond on Watts’ value for the church today:

“As we flounder about in the ‘liturgical fidget’ of the contemporary church, Watts can provide both the theological and liturgical ballast Christian worship so desperately needs. And he can give us an emotional rudder, a means of steering the passions in worship by objective propositional truth feelingly delivered. Without such a rudder, worship is shipwrecked on the shoals of cheap-trick emotionalism generated in much the same way it is at a concert or a football game. Tragically, in place of singing psalms, hymns, and spiritual songs in worship to Jesus Christ (Col. 1:16-17), raw feelings of  having done so may be supplanting the real thing” (134).

Let’s not just return to singing the hymns of Watts or any other songwriters from church history. Let’s study and sing the best of their work, and also look to freshly do what they did, writing and choosing songs with pastoral care for our churches.

* Many thanks to Reformation Trust Publishing for providing a complimentary copy of the book in exchange for an unbiased review.

This post is from 10-5-10. It seems the interview was deleted from Worship Leader Magazine’s website, so I’m glad I copied some of the quotes down (see below for a few favorites). But the link below won’t find you the actual article. Sorry about that.

I recently read this interview in Worship Leader Magazine (a publication I don’t always agree with). This piece is particularly good, though; it’s an interview with Keith Getty, co-writer (with Stuart Townend) of the modern hymn “In Christ Alone.” It’s funny to me that the article focuses on “In Christ Alone” (which I love, by the way), as if it’s Getty’s greatest achievement as a songwriter. He does, however, have several other very well-known works, written more recently than “In Christ Alone,” and he has a pretty big body of really good work that almost totally goes unmentioned here. This makes the focus of some of the interview seem a bit dated if you’re familiar with Getty’s work at all. But Getty’s comments are very timely and insightful, and transcend beyond the questions of Worship Leader Magazine.

The interview touches on Getty’s mindset behind writing good, congregational worship music, and what continues to influences his creativity as a songwriter in this particular “genre” (if you can call hymns a genre). I found his thoughts really compelling and really encouraging. The following are three of my favorite quotes from the interview:

“My melodies tend to be heavily influenced by Irish music, and the Irish melodic style is essentially congregational. Although Irish music isn’t particularly spectacular compared to say, African rhythm or to the unusual tones of Chinese music, or even the sophistication of much contemporary music, it has tremendous strength in its ability to be experienced and sung by large groups of people – whether in our homes, schools, or even at a sports match. It can be sung with or without instrumental accompaniment. I think the underlying sense of lilting pathos in Celtic melodies (which can also be heard in our speaking voices and is tied closely to our history) also helps the songs tell a story with all its raw emotion and passion. All Irish music centers on stories, whether of love or war or of people and places.”

“I think it’s of huge importance to us as worship leaders in preparation and in reviewing Sunday services to ask ourselves these two questions: What were the words we put into our congregations’ mouths, minds, and memories? And how well did our congregation sing? Our role is simply to be an accompaniment to them as they sing.”

“I also encourage lyricists to read beautiful poetry. Consider the fact that almost 20 percent of the story of Scripture is told through poetry. This speaks to the power of words. And to the enduring power of beauty. And perhaps most of all to the unending creative potential the story of the gospel releases in each of us.” 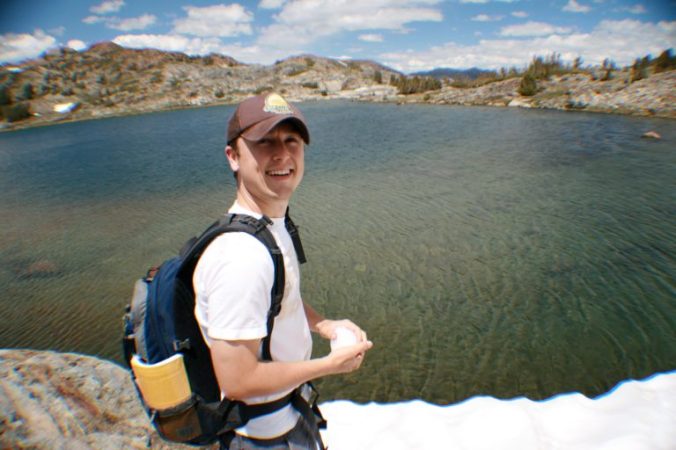 Josh Starkey is the corporate worship director at Grace Church in Simi Valley, CA. This blog is a journal among other things, for important things read, things written, and other miscellaneous thoughts about life and culture. Most significantly, this blog is a place where the crucified and resurrected Jesus Christ and His church are the central themes. Enjoy the read!